MASTER
Home
About
Get There
Tickets

ABOUT ABOUT
An Evening with Temple Grandin - Animals Make Us Human
Benefiting GUIDE DOGS FOR THE BLIND and LONE STAR PUPPY RAISERS
Temple Grandin was honored by Time Magazines 2010, "The 100 Most Influential People in the World". She is widely recognized as an inspiration to people with autism, as well as for her groundbreaking work designing livestock-handling systems that reduce stress on animals. Dr. Grandin became successful through her unique connection to animals and is a world-renowned consultant in her field.

Dr. Grandin's inspirational life story was the subject of an award-winning HBO original film, Temple Grandin, staring Claire Danes. The film was the winner of seven Emmy awards, a Golden Globe, and a Peabody Award. In 2011, Temple was inducted into the Cowgirl Hall of Fame 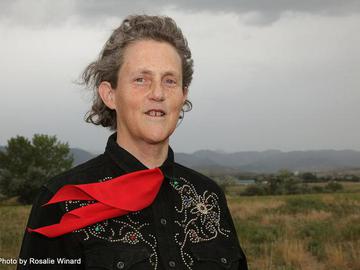 No Flash Photography during event

Guide Dogs for the Blind and Lone Star Puppy Raisers

other events by this organization